Department of
Languages and Literatures

The course of study consists of four modules: 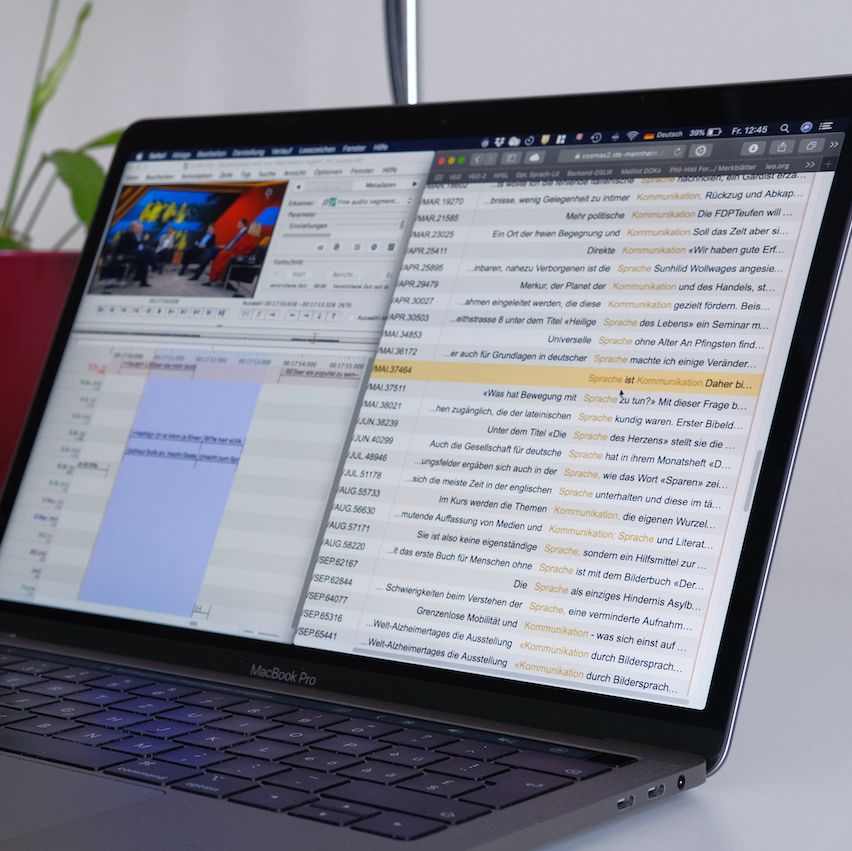 Modern linguistics both analyzes the multi-layered relationships within the system of a language and compares languages with each other. In Basel, we are mainly concerned with larger units (texts, discourses) and their structures. The following questions will be addressed in this module and extended in various sub-disciplines:

How can linguistic units (categories) and their relations be defined?

What factors (such as cognition, processing mechanisms, and conventionalization in language use) explain the stable and dynamic factors of language systems?

How can language systems be described at such levels as morphosyntax, semantics, pragmatics, interaction, and phonetics and phonology?

How does the interaction of levels of representation work (from sound to text/discourse)?

Dynamics and variation of language systems:

What systematic variations and processes of change can be observed in languages (variation/variety linguistics, dialectology, language change, lexicology)?

How do languages differ (typological and contrastive linguistics)?

To what extent do mediality and genre influence the choice of linguistic structures? How does face-to-face communication differ from communication over temporal or spatial distances?

What is the contribution of body language and gestures?

What signals are used in digital media (as in the integration of text and image, for example)?

How does language interact with other means of expression (such as body language and gestures in oral communication or emojis, images, and hyperlinks in written communication)?

In this module, you will learn to explain and convey the complexity of the network of relationships between language systems (in such fields as teaching, language mediation, and communication). 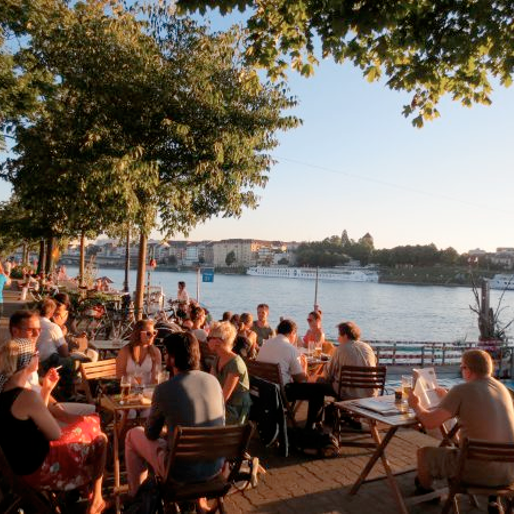 Social developments and trends not only find expression in language but might even be triggered by language. This applies to private and professional communication as well as to social discourses. This module thus considers the following questions:

The linguistic methods you will learn in this module will enable you to use language as an approach to analyze processes of social change and social debates. You will learn to recognize various levels of linguistic identity construction and thus be able to better understand and classify such matters as multicultural and migration contexts (as in debates about integration). You will learn to investigate and interpret linguistic expressions in their concrete socio-cultural and political context (political linguistics, media linguistics, cultural linguistics). Finally, you will be able to classify the meaning and function of legal, administrative and scientific language. 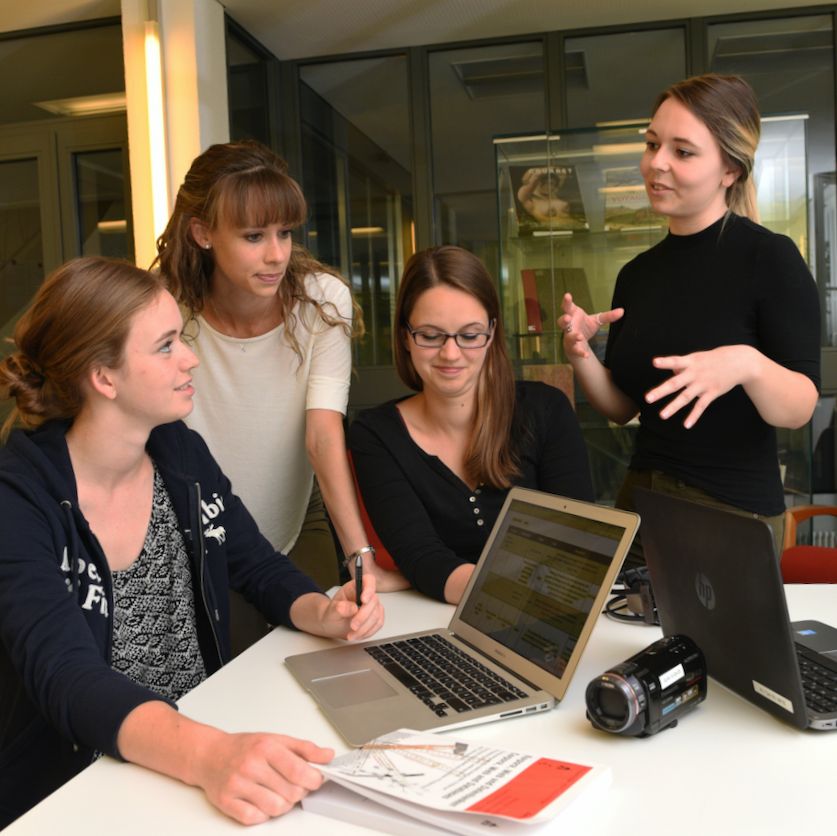 Our languages and our speech are constantly changing. As individuals, we notice this when learning languages, but in every conversation, we adapt and thus constantly change our lexical and grammatical resources (whether consciously or not). At the level of language communities, this is noticeable intergenerationally, in processes of language change, in the formation of contact languages, or in the negotiation of cultural norms and values. This module thus focuses on the processuality of language and communication. The perspective is directed towards interactional, sociolinguistic, psycholinguistic and cultural processes that lead to the formation and change of linguistic patterns and categories.

The knowledge and skills you acquire in this module will allow you to assess and effectively design language-acquisition and language-teaching situations. You will learn to critically interpret communication processes and digital communication media, and you will develop intercultural awareness. All this will give you a foundation not only for linguistic research, but also for work in communication and marketing departments and international companies. 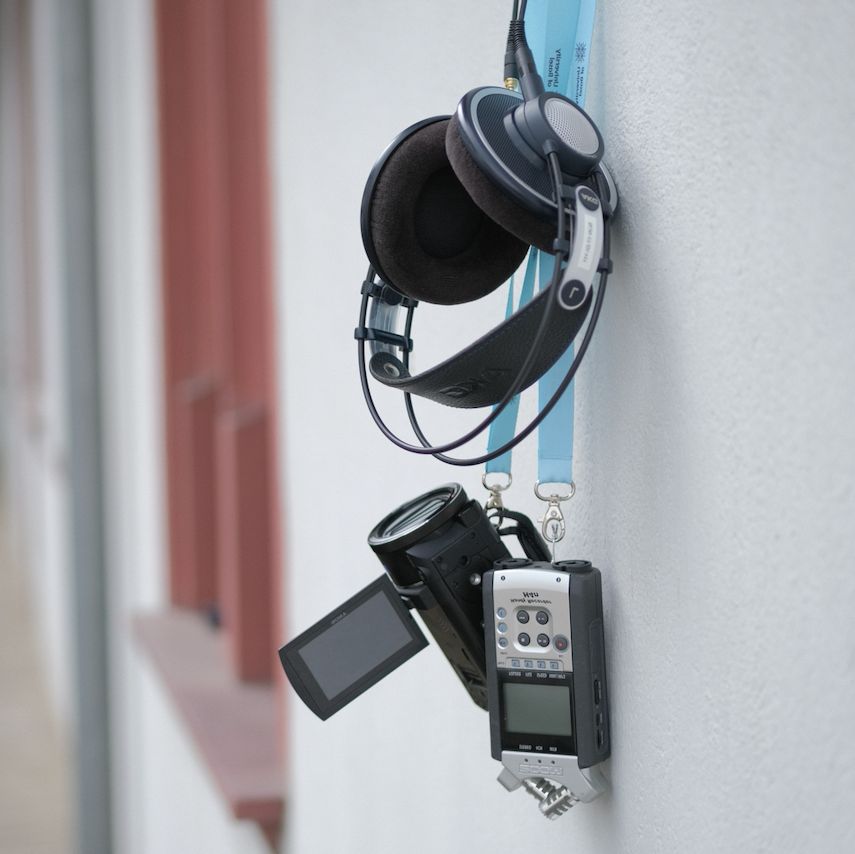 This module offers you the opportunity to exercise and expand your theoretical and methodological knowledge so that you can apply it effectively. Here you are free to further explore your preferred subject areas in additional courses. At the same time, a research internship offering you insight into actual research practice and full participation in a team helps you lay the optimal foundation for the conception and preparation of your master's thesis. At the same time, you can prepare yourself for any subsequent research.

You will learn research work in practice, from conception and method to data evaluation and analysis. The knowledge of research design and implementation you will acquire can also be transferred to project conception, management and teamwork in other professional fields.

For me, the master's was just right. I benefited a lot from the research internship in particular, as I was able to apply the method directly to my master's thesis afterwards. 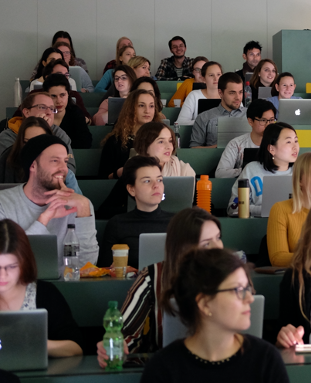 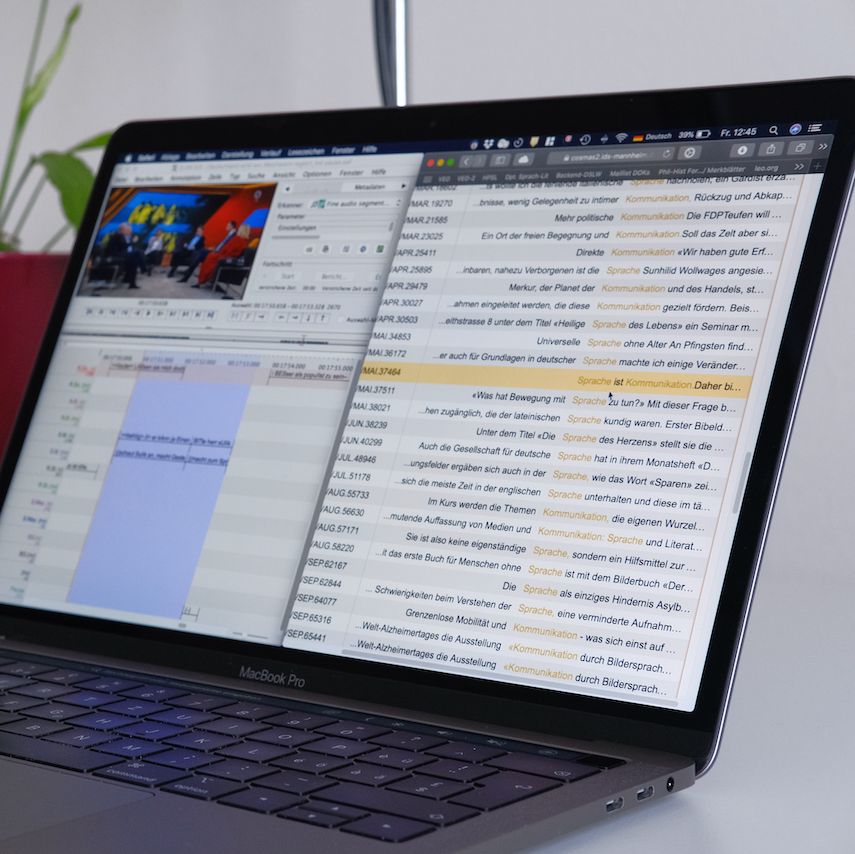 English:
Current varieties; dialects and history of English; English as a lingua franca.

Italian:
Syntactic and informational organization of utterances; grammar in a textual/functional perspective; intonation and punctuation; syntax and morphology in a diachronic perspective; coherence and cohesion of oral and written texts (connectors, deixis, etc); contrastive linguistics; history of linguistics.

German:
Transcription, coding and analysis of data from various types of conversations and texts, with special attention to their mediality.

English:
Development of corpora (of written and oral data) and coding, as well as interpretation of data from a discourse-analytic perspective

The program also offers a wide range of courses and exercises on methodology, in close collaboration with the HPSL PhD program and the Digital Humanities Lab:
- Design of corpus-linguistic and experimental surveys.
- Creation of corpora for a variety of topics and media (including school interaction)
- Corpus queries in various national and international databases (DWDS, IdS, BNC, COCA, CHILDES, ciel-f etc.)
- Statistical analysis, mainly with the software package "R".
- Transcription of oral conversational activities (speech, gestures, facial expressions) with such software as Praat, ELAN, and FOLKER/EXMERALDA, and with such conventions as GAT2, CHAT, and CA.
- Coding and analysis of linguistic pragmatics in various genres
- Modeling of language-change processes (connectionism, DeepLearning)

What will you learn in the program and what skills will you develop?

You will learn theories and methods that address all levels of communication:

You will take functional, pragmatic, interactional and cognitive approaches to these issues.

You will acquire the ability to analyze, explain and discuss linguistic and communicative processes on various levels.

You will be able to:

The course of study has definitely opened doors for me. The name 'Language and Communication' is attractive and is relevant in my industry, since I have a lot to do with copywriting, blogging and PR. In addition, the University of Basel has a very good reputation.

And where can you go with this degree?

The MA degree in Language and Communication offers ideal conditions for demanding (communication) activities within the multilingual cultural and economic areas of Switzerland and Europe.

The wide range of options in the study program for the free choice of fields of interest allows you to position yourself during your studies for the areas of activity in which you are most interested.

The page "Career Perspectives" provides examples, field reports and tips from our graduates.

Are you interested in the doctoral program? We invite you to take a look at some of the numerous events offered by our doctoral school, including workshops, conferences, methods, courses, and writing meetings. You can find all the information on the page 'Info: PhD and Linguistics Events'.